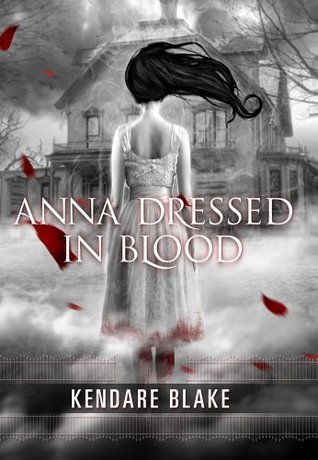 “Cas Lowood has inherited an unusual vocation: He kills the dead.

So did his father before him, until he was gruesomely murdered by a ghost he sought to kill. Now, armed with his father’s mysterious and deadly athame, Cas travels the country with his kitchen-witch mother and their spirit-sniffing cat. They follow legends and local lore, destroy the murderous dead, and keep pesky things like the future and friends at bay.

Searching for a ghost the locals call Anna Dressed in Blood, Cas expects the usual: track, hunt, kill. What he finds instead is a girl entangled in curses and rage, a ghost like he’s never faced before. She still wears the dress she wore on the day of her brutal murder in 1958: once white, now stained red and dripping with blood. Since her death, Anna has killed any and every person who has dared to step into the deserted Victorian she used to call home.

Yet she spares Cas’s life.”

If you are looking to spend quarantine curled up with a creepy ghost story and hint of romance, a little dash of teen angst, new friends and a homecoming queen, look no further. This YA supernatural thriller has got it all. Cas is used to being the new kid in school, since he crosses the country (and now Canada too) looking for the uneasy dead -and making sure they stay dead.

But even Cas has never had a first week like this – he meets the A crowd at school, gets invited to a killer party, and finishes up the night by getting assaulted at the local haunted house. Now he’s got to figure out why this ghost, a Finnish immigrant named Anna, is so much more powerful than every other spirit he’s faced. And he’d better do it before she kills again.

This was a little different from my usual read, since I don’t read a lot of ghost stories and I’m not as into YA books anymore either. But that cover – I mean, come on! That was so intriguing and beautiful and creepy! I don’t love this book description – it was a little weak – but it was good enough to convince me to get this from the library.

I listened to this one and it was so much fun. The narrator did a good job of getting Cas’s voice right. This one would be perfect for a wintery night or Halloween, but I enjoyed it right now. Definitely an absorbing story perfect for keeping your spirits high – get it? Spirits? Yeah, I’m hilarious.

TW and spoilers: Contains references to physical and emotional abuse, hints of possible sexual abuse, lots of violence and blood, and the death of a pet. It also contains profanity and teenage drinking.

One thought on “Review: Anna, Dressed in Blood” 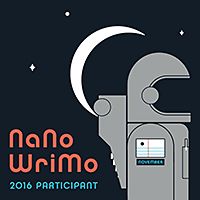